I grew up in a Southern family which included a range of traditions. It’s long been a tradition to eat black-eyed peas on New Year’s Day to set the good luck for the year.

And while the tradition is now deeply Southern, the origins go back much further. The New York Times recently talked to food historians about all of it:

The choice of greens, usually cooked with pork for flavor, comes from the perception among Black Americans that folded collard greens look like paper money, said Adrian Miller, an author and food scholar. Eating greens on New Year’s Eve or New Year’s Day is believed to bring about greater financial prosperity. The peas promise good luck, health and abundance.

But while these rituals have become largely associated with the American South, their roots can be traced back to the meeting of West African and European traditions, Mr. Miller said. Collard greens, for instance, originated in Northern Europe.

How to Serve Black-Eyed Peas for Luck

If you haven’t eating peas for the holidays, you may be wondering whether the way you eat them matters. I don’t think so. Just go for it!

I immediately think of slow cooked black-eyed peas when I think of New Year’s Day. In my family, the peas are cooked slowly with some pork for seasoning. We usually ate them with a relish made of pickled green tomatoes we call chow-chow. My mom and grandmother would make chow chow each fall as tomatoes were unlikely to ripen. Now you can even get chow chow on Amazon!  (Here’s an affiliate link for one mom and I tried called Tennessee’s Best Old Fashioned Chow Chow. I liked the hot one most even though mom’s homemade was better.)

Here’s a photo from a New Year’s past to show what I mean. 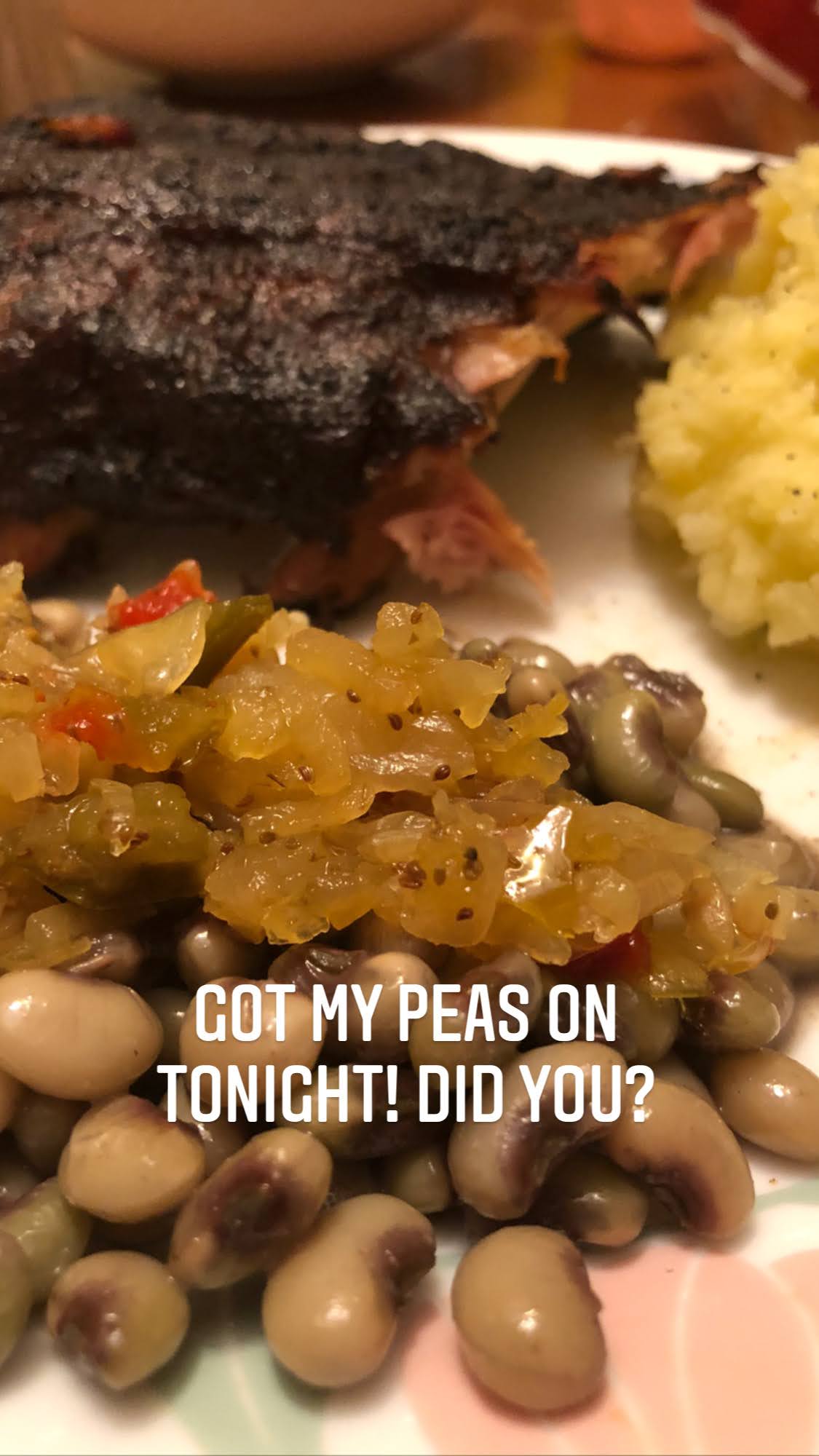 For friends and family in Texas, usually had their black-eyed peas in a dip with tortilla chips. They’d call it Texas Caviar and I’ve had it several times on New Year’s too. I like getting creative with recipes honestly but that one from All Recipes is the kind I would look at as I decide what to add or subtract. 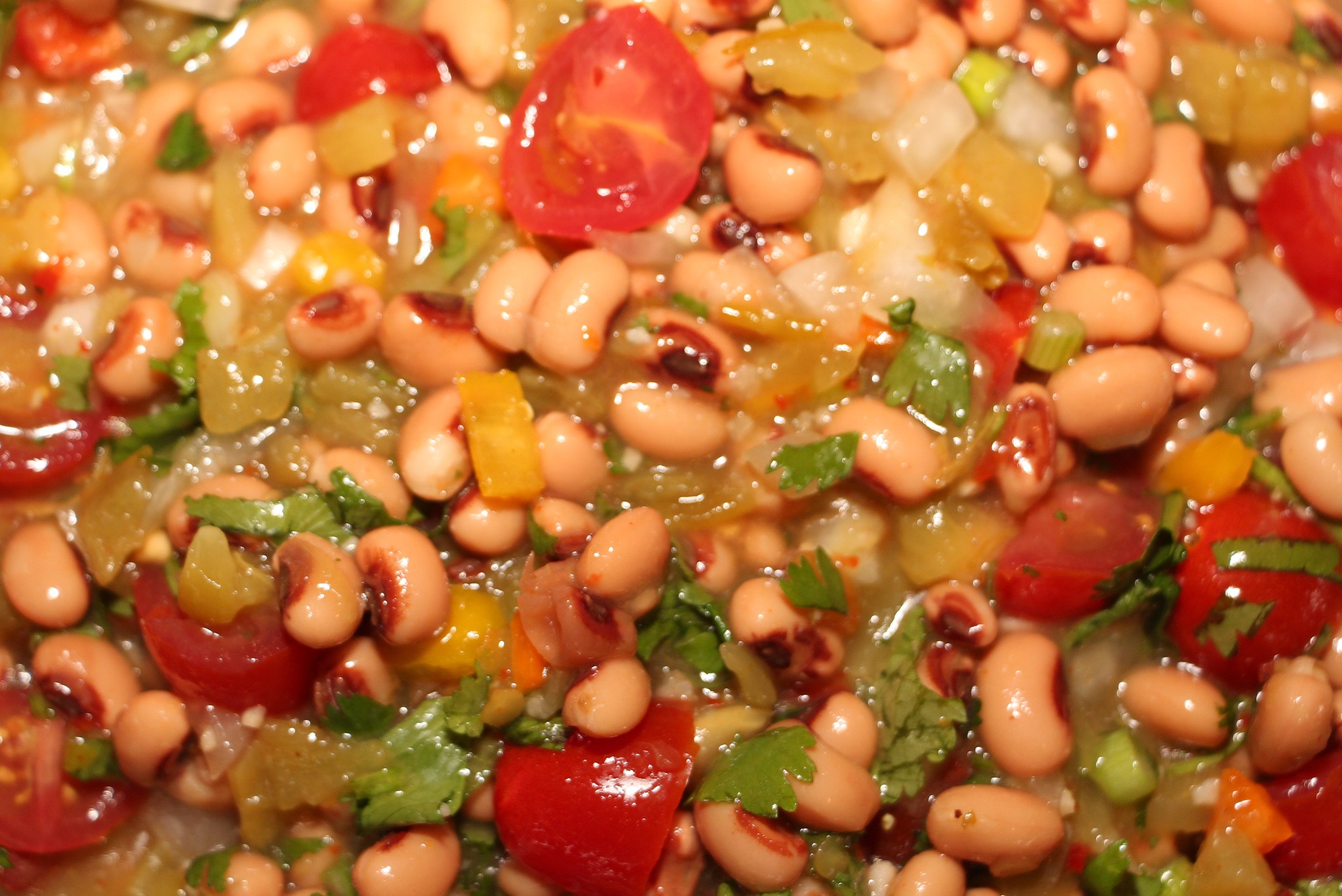 And in the Southeastern U.S. it’s more likely to be Hoppin’ John that has the pork, peas and rice all in one dish.

We’ve done interviews with a couple of people about peas that you may want to call up.

If you aren’t a fan of peas, maybe you should check out some of the other New Year’s foods and traditions. Years ago, my friend Albert (you may remember his episode this summer talking about bitter gourd)  added noodles to the traditions I observe for New Year’s as they bring long life! I haven’t decided yet whether I’m going with rice noodles or a wheat-based pasta yet for this year but I’m sure I’ll enjoy it.