Irish Butter…. Have you tried it? Wondered who has the dairy cows?

How did we come to talk about Irish butter?

As we’ve been doing these interviews, I have found inspiration for episodes in a range of places. The inspiration for this one? Making a grilled cheese and pulling some Kerrygold butter out of the fridge. That’s when I remember Peter & Paula Hynes, aka Twitter’s Team Hynes are Irish dairy farmers. I had to ask and sure enough, they are part of the coop that produces Kerrygold! I mean, maybe their cows were involved in my butter? Had to have a conversation about it! 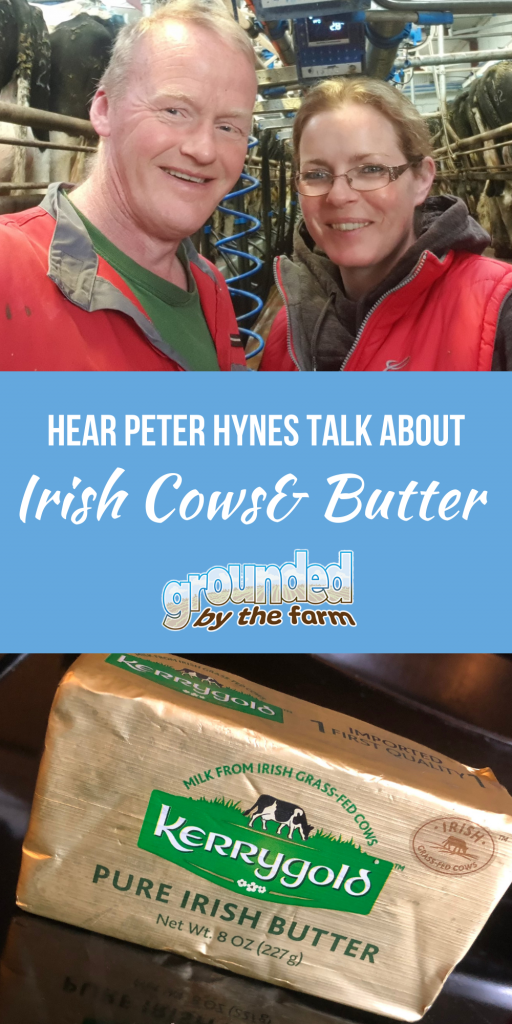 For those that are unfamiliar with it (or my love of exotic butters that are clearly outside the norm), Kerrygold Irish Butter is made with more fat… so it’s one of the creamier, more yellow, and easier-to-spread-when-cold addition to some yummy toast, it is a staple and one of many that come from the farms from our friends in Ireland. I’ll talk to Paula next! We tried to do one episode with all of us but tech problems led us to go back to square one…. Besides when you hear what I’d talking with Paula about, you’ll know it required a full interview of its own.

Following Irish Farm owners parents and successful business partners Peter and Paula Hynes is easy! Connect with them on Twitter now! Peter is over this way and Paula over this way! )

Peter didn’t start in farming early like most do. Where there is almost always a family, legacy-based tie to farming that literally and figuratively plants the seeds of what’s to come when farming is involved. Peter didn’t get involved in farming until he was 36 years old. He had already done other things in town and eventually his stepfather suggested the move. While having other job experiences provided him with not only an interesting perspective and focus on a need to be successful, it also provided him with years of knowledge and drive that few farmers start off with. Additionally, Peter was actually older than most of the instructors inside his schooling! It’s not every day that you’re learning new things from people that re younger than you are, but it’s exciting when it happens and Peter took right to it.

Do you know the differences between standard butter and Kerrygold Irish Butter? Get educated and learn what kind of creamier, deep yellow dreamy experience you’re missing now!

The worldwide proliferation and love of Kerrygold butter has not only provided another delectable addition to any breakfast, lunch or dinner table, but changed and continues to enhance the farmer’s futures across the Irish dairy farming landscape. Oddly  enough, when Irish dairy farmers make their way to foreign lands, one of their first stops is at a local supermarket to see if the glistening gold wrappings are in the dairy case.

I feel like I should make it clear, I am a butter lover of many kinds! My mom laughed when I mentioned this episode and she said the whole family loves butter. For me, I love a variety of butters and have at least two all the time. You can find Kerrygold in the fridge sometimes, sometimes I choose other “bougie butters” like Wisconsin’s Summer or Harvest or one I was lucky enough to try recently from Kansas. And I almost always have some Land’o’Lakes or something for cooking/baking.

It’s an amazing success story, but only one of many when it comes to Ireland’s dairy contributions. In addition to adding to this growing legacy, Peter and his wife have made and continue to contribute to their farm’s ability to foster the lives of their cattle, but also feature an intense focus on providing a sustainable ecosystem to bolster the environment in a time of noteworthy environmental challenges.

A Look at the Hynes’ Farm

While there are many different kinds of cows that a farmer can feature on their land, Peter and Paula currently feature primarily pedigreed holsteins (get educated on them here! ) and pedigreed jersey cows (open a door to learn about the animal dubbed “The Dairy Queen” worldwide now! ). They also welcomed the two most-recent additions: two Fleckvieh heifers (they’re amazing and you fan find out why).

When it comes down to it, Peter is looking to focus on fertility, longevity and helping to raise the most-efficient cow possible during their lifespan and production years.

One of the things that Peter shares inside this episode is the CLEAR focus that – farming IS and must be considered a business first and foremost. The improvements he looks to make need to make business sense as well as improve the environment, cow care, etc.  And they have found farming together as husband and wife is the perfect fit for their family.

From learning how all of the things grown, cultivated and sent to market interface with the world around us, to learning about life, death, relationships and even one’s own skill set interests, farming provides fertile ground that simply cannot be matched in any other industry. While it comes with times to enjoy, to learn from and to provide some of the best memories a legacy can generate, it is also hard work that is clearly something different than what most youth of today are ready to consider as their future’s landscape. The Hynes girls really love their time on the farm too. 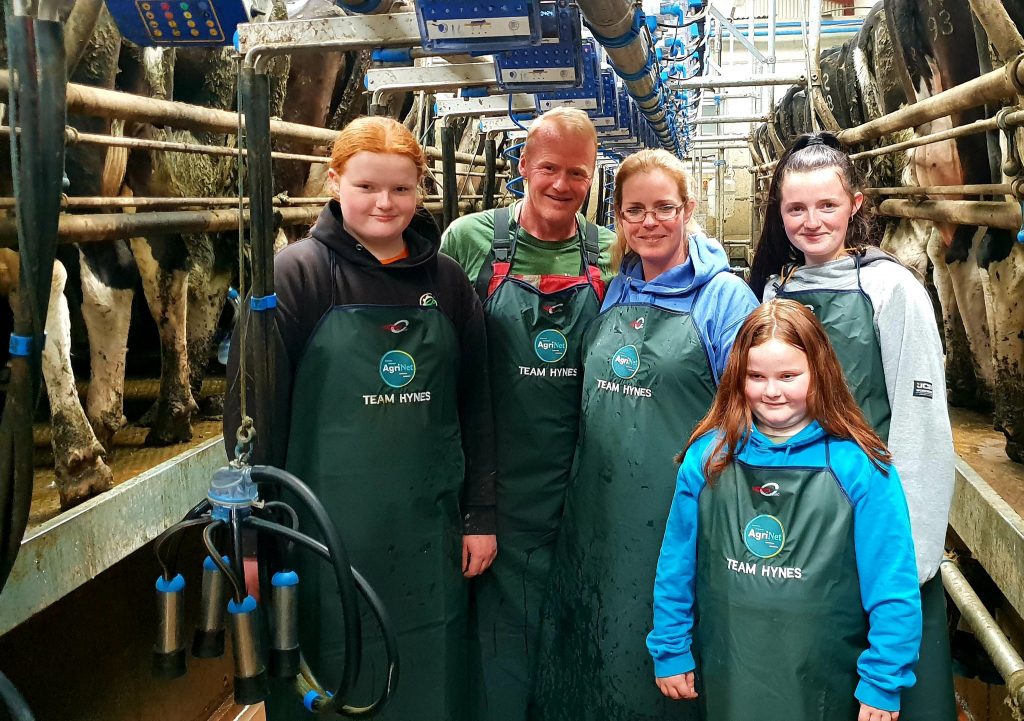 Active in the Community

Peter recently won Zurich’s “Farmer of the Year” and was featured on a program called “Ear to the Ground” that visits his Cork-based farming landscape to learn more. Check it out.

Peter and Paula have been lucky enough to not only build a successful farm that interfaces with many grand industry staples in the Irish farming landscape, but they’ve also been able to raise three daughters on the farm. Recently, one of them was able to take the lead in the recent birthing of twin calves, which was picked up by a variety of international news media. While the rare women and farming, a young woman, in farming, helping what is a “member of their family” deliver twins isn’t just something for the books – it’s something that fuels the hopes and dreams of many young girls living and working on farms across the world.

At the end of long days, Peter and Paula are safe in the knowledge that not only are they contributing to world on a grand scale, they are able to foster a family, a future and a legacy thanks to the business and life decisions they make during pillowtalk. What a grand way to experience, plant and grow future dreams of success and happiness – that we can all hope to one day achieve.

Be sure to check out the many links to the family’s farm, in his social media streams and be sure to check out his videos! They’ll provide you with the same satisfaction that his Holsteins, Jerseys and Fleckviehs offer us as consumers!

2 comments on “Irish Butter…. Have you tried it? Wondered who has the dairy cows?”