I knew I was going to have opportunities to meet new people and learn new things through this podcast, but I never thought I’d talk to a Ugandan fish farmer. It had simply never crossed my mind. And as I talked to a friend who works with the Global Farmer Network, and she mentioned the potential, I was giddy. 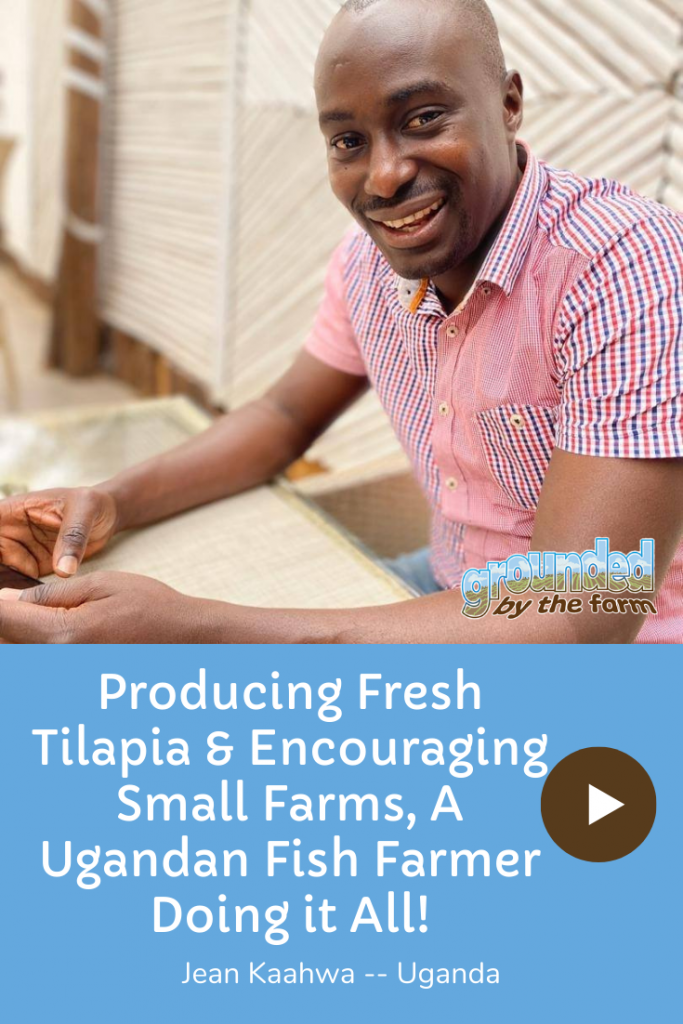 I also realized I needed to do some serious background to get up to speed on the country and the role of agriculture there. I learned a lot in my searching &I  reading, but as usually is the case, talking to a farmer from the area really helped me understand.

So glad Jean Kaahwa would take the time to talk with us and that although the lines sometimes had static, the call went pretty well overall!

Do you even know where Uganda is? What kind of fish do they have there? What kind of experience do the Farmers have there? Waitaminit — They farm fish in Uganda? There’s not only a lot to learn about fish farming in Uganda. Grounded By The Farm was able to connect with entrepreneur and fish farmer Jean Kaahwa, who shares his insight and “schools” others to learn how to fish and to never forget the futility of only accepting fish that are given to them.

Uganda – in Africa – is next to the Congo and Kenya, and the territory there – is filled with fertile farmland. That’s where Jean is able to teach new farmers and entrepreneurs business and farming lessons that will last a lifetime.

Uganda is an agriculture-based country where more than 70% of its people work in agriculture, many are often referred to as small holders. Their farms are typically very small, usually less than one hectare (2.471 acres or 2-3 football fields) and they grow food to feed their family and try to grow enough to sell too. Agriculture is the country’s largest industry by far.

Uganda is also a large coffee grower…. There are some coffee plants are generally much tougher and more resilient than other coffee plants. They don’t require as much herbicide, pesticide, or general upkeep as their more fragile counterparts in the industry. Strangely enough, the people of Uganda are NOT consumers of coffee! 95% of the coffee grown there is exported to bring that tasty cup of Joe that many think has few competitors. While the coffee industry employs 40% of the population, it contributes 25% of the nation’s GDP and is mainly accomplished by women.

While the wide open fertile lands make for great opportunities for farms, there is also concern that there will eventually be labor problems – because there is so much open land on which to farm. This is in stark contrast to what we in the United States experience.

Getting to Know Jean Kaahwa & Fish Farming in Uganda

While Jean started as an employee with a “regular job” he realized that it was time for something else and then started with two fish farm pilot projects. Jean’s digging into how things work and being able to sell his ideas allowed him to secure investors in the fish farming effort, His skill sets grow and expanded to being able to help people with the business side of general agriculture, and allowed him to eventually begin generating award-winning programs for young people interested in agriculture. Eventually the Global Farmers Network was able to connect with Jean’s effort and things expanded further.

All of this talk about agriculture is interesting but – what about THE FISH? Here are some photos and video he sent us to share as you listen to the podcast!

Jean currently grows tilapia – https://www.healthline.com/nutrition/tilapia-fish – an  inexpensive, mild-flavored fish, and is ideal for farming because it doesn’t mind being crowded, grows quickly, and consumes a cheap vegetarian diet as it grows. Jean has also been able to grow a quickly budding network of people and resources.

While fish farming is definitely the focus, one of Jean’s team members also recently provided an excellent video about mushroom farming. Have you seen it? You know we had to take notes after seeing the way the team at J&M Farms grows mushrooms.

In Uganda, the fertile land makes generating a variety of items a straight-forward process that yields quickly and offers the environment to work well with the needs in the region.

Are you interested in learning more about the business principles that Jean shares with many budding entrepreneurs? Be sure to check out that video that will detail all of it for you right now! 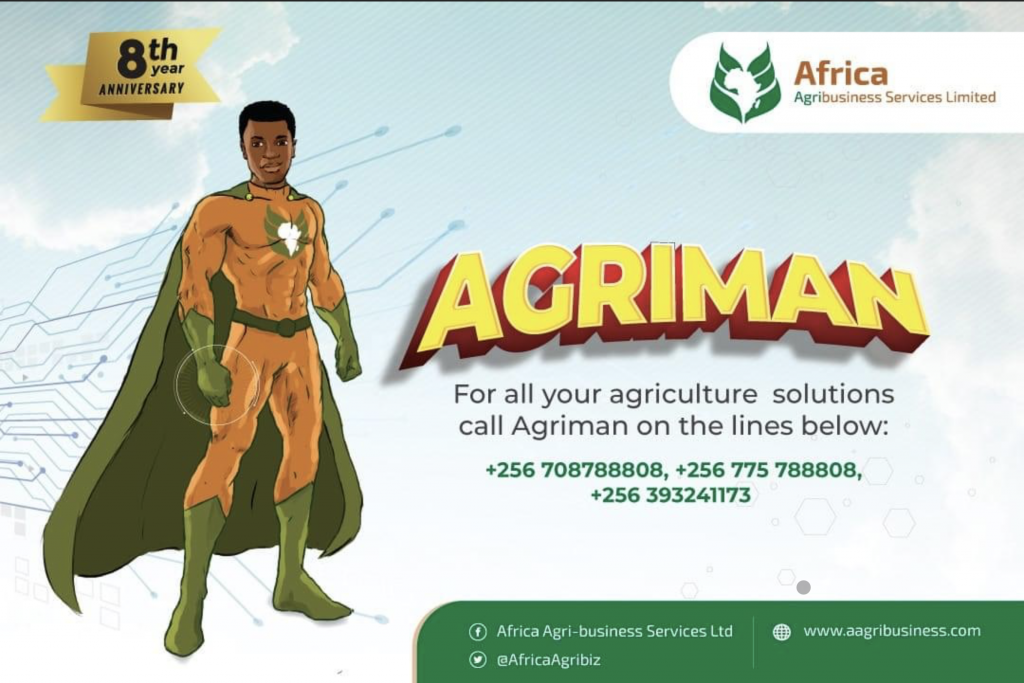 You can connect with Jean online or through the card he shares digitally. The company — Africa Agri-Business Services — website is aagribusinesss.com and they have social media too.

As we mention in the podcast, he uses LinkedIn. You may notice the name is in a different order…. the beauty of cultural differences! Look for Kaahwa Jean on LinkedIn.  https://www.linkedin.com/in/kaahwa-jean-97b40737/ Be sure to take just a moment to connect and find out more about what Jean is doing now and how his connections can help you thrive!

You can also find Grounded by the Farm on social media at: