In this week’s episode, we talk with Will Kornegay about how Ripe Revival is capturing food waste at the farm and providing access through subscriptions and outreach to people in rural food deserts.

An AI generated transcript is available for this episode.

Working on farms and having an entrepreneurial spirit go well together. Add in an interest in building connectivity between people growing food and those eating it and a passion for eastern North Carolina and you have a full picture of Will Kornegay, founder of Ripe Revival & Ripe Revival Market.

What food waste at the farm do they capture?

With a base in Rocky Mount, NC, Will has a network of farmers growing a really wide diversity of crops — bell peppers, cabbage, watermelons, cantaloupe, berries and of course the sweet potatoes that first piqued his interest.

Will says farmers have grown accustomed to planting and caring for crops throughout the year only to harvest a portion — sometimes as little as 50 percent because of some sort of cosmetic issue. That waste on the farm level doesn’t only take a toll on the farmer, but the ripple created on the economic and the environmental sides are hard too.

What is Ripe Revival?

Having worked on a sweet potato farm for several years, Will had a chance to see first-hand how much food waste at the farm could happen. A pepper gets sunburned or a spaghetti squash got scratched a bit and grocery stores know it won’t be sold as people pick the ones that look best. But Will knew the other things all have a great nutrition profile as well as taste.

He set about thinking about various ways that produce could be captured and made into something more attractive. And while he started with high protein gummies made out of the food that would have been wasted. And they have moved on to several more businesses since.

Pivoting during the Pandemic

Will was completing the investments to make those high protein gummies when covid began shutting things down. Suddenly a new product wasn’t as interesting to stores and suddenly the farmers in his area lost contracts with restaurants so they were facing more waste than ever. That’s when Will launch a produce box service. And while we’ve had farmers who previously did this (including avocado farmers and tomato farmers), Will’s ongoing commitment to reducing food waste makes it different.

He not only started doing produce boxes for people who weren’t able to find produce at their local grocery. He’s building that service out to add meat, allow for choices among products and farms and more. And he also got grants to get food to some of the people in greatest need. And he continues to build more programs for the rural poor.

Finding a win for the farmers and rural poor in the area is a major thrust for Ripe Revival. The team has purchased farm equipment and is working with schools and non-profits to plan and plant gardens and is converting buses to serve as mobile markets bringing produce to the rural food deserts in the area, having a team that teaches about nutrition and cooking and more. 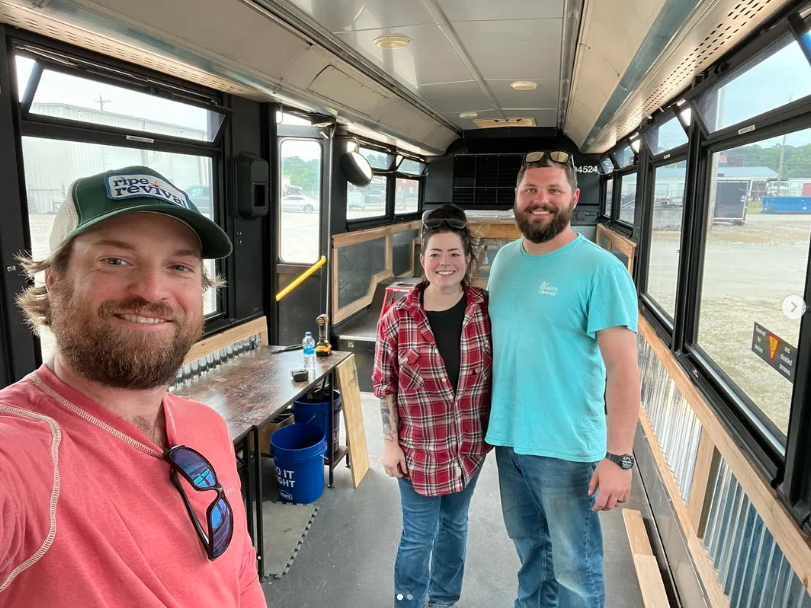 You can follow along as the business continues to grow by connecting with Ripe Revival online.