Family Farm Transitions Can Be Tough to Discuss, But Critical for Sustainability

Family farm transitions are tough to discuss. A lot gets wrapped into it…. not only are you talking about things like retirement or potential death of an older generation, but it means changes in how things are done, recognizing the contributions of younger generations. And many times all of this is wrapped up with generations of family legacy and how best to honor that.

It’s a conversation that farmers acknowledge is tough and some farmers want to farm until they die so the thought of handing over control before them is uncomfortable. But others focus on the outcome they want… successful operations for generations to come.

While Debbie Lyons-Blythe and her husband Duane are planning to be around for decades, they have also chosen to have this conversation openly with their five children, all of whom are now adults. Debbie was nice enough to discuss all of this with us. I think it provides those of us who’s families don’t farm a lot of insight into some of the generational family dynamics that it takes when planning for the future of a family farm.

And for Debbie, having a good farm transition, where expertise and relationships are built among their children, is the only way she thinks they can secure the ranch’s future. 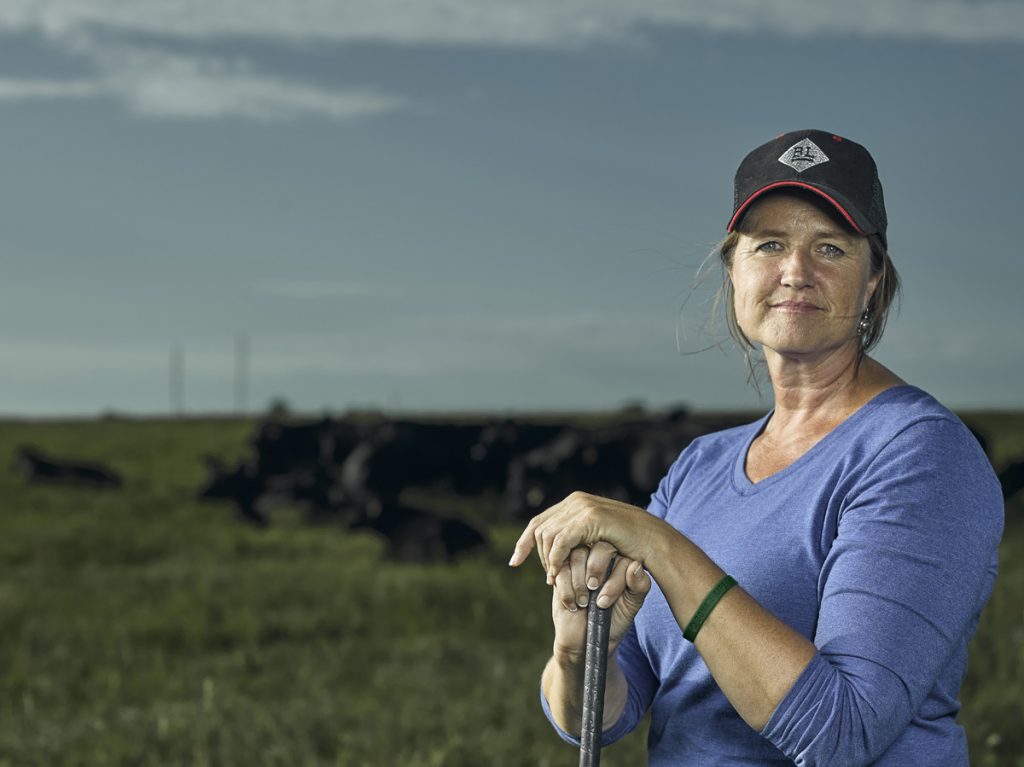 Ranching on the Prairie

Debbie & Duane’s family have both been ranching in Kansas for generations. They are on the ranch Duane took over when his father died young. Immediately deciding to run an operation at 14 was a dive in and swim hard, but Duane felt compelled to continue the family’s legacy. While Duane’s farm transition to running the operation wasn’t ideal, he was able to keep the place going successfully. Later and Debbie & Duane started a family, they decided she’d be full-time on the ranch and Duane would keep the off-farm job to bring home a regular paycheck and keep insurance. They’ve evolved in several ways over the years.

Their operation is in the Flint Hills, which is an area of rolling hills in eastern Kansas. She says they have areas that have stayed in native grasses for generations and she gladly says she’s a grass farmer. Some of those grasses have taproots that go deeper than trees too! She said the earliest settlers in the area found the top soil was so thin that farming is only possible in a few areas, but that native grassland had fed healthy buffalo herds and cattle started being brought in.

The changes from one generation to the next can seem subtle to the outside, but managing risks and looking for returns to the ranch and the land are both paramount. Debbie says she & Duane moved from Hereford cattle to Angus, which may not sound like a big move to some, but the goal of genetic improvement that pays off for customers and the ranch both was reason to make the change. Now they are part of the Certified Angus Beef program so if you buy beef in a grocery store, it could be from their place! And the sons wanted to return to some of the crop production the family had been doing in the past on the land well-suited to that, so they’ve gotten back into growing wheat and things in the past few years as this farm transition takes shape. 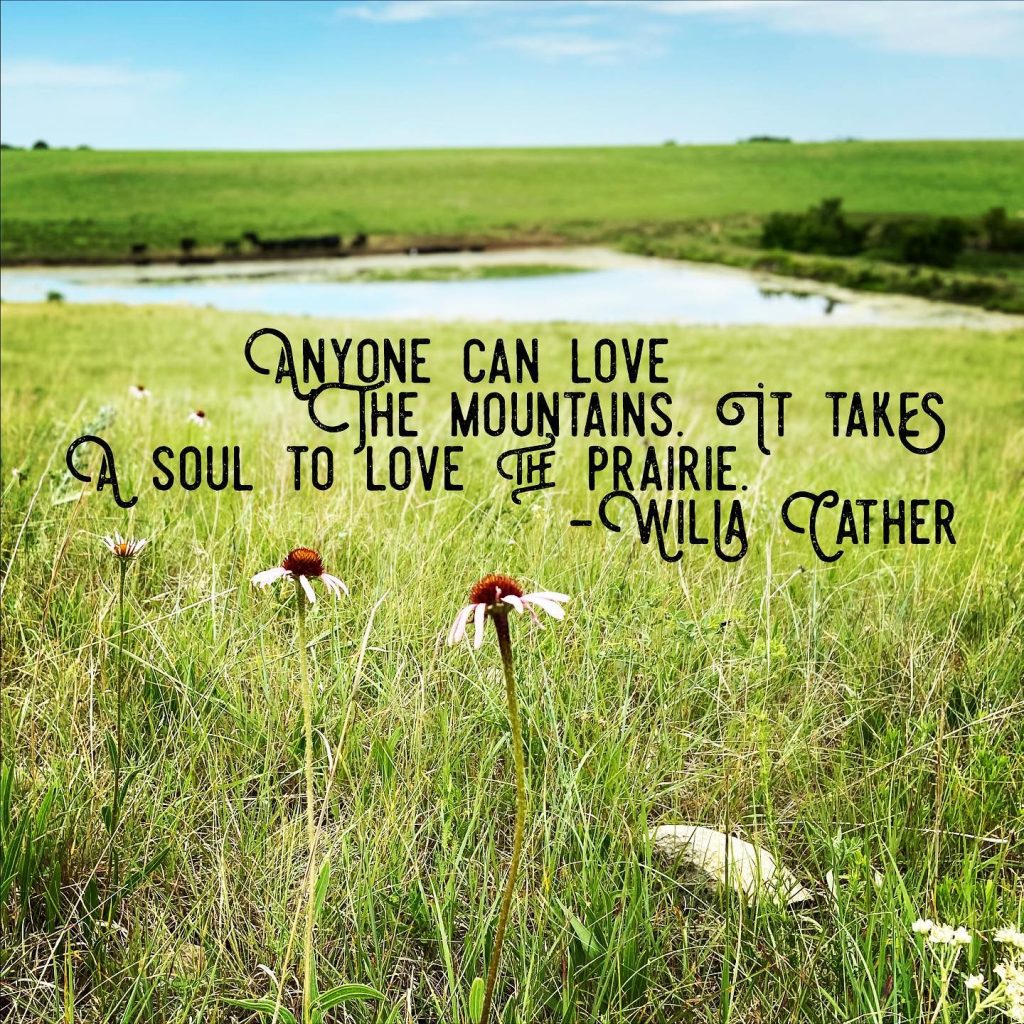 If people in Hollywood wanted to create a reality TV show that would bring all the drama agriculture has to truly offer, I think farm transitions would be the thing to capture. You have fiercely independent people, finances, hopes, dreams, wills and blood, sweat and tears all on the line.

I’ve heard of older farmers who refused to discuss farm transitions even as their children neared early retirement ages among their peers in cities. And I’ve seen young farmers walk away from family operations moving across the country when they couldn’t get any communication because they felt the future was just too uncertain.

Knowing all of that, Debbie says she & Duane have tried to keep the conversation fairly open as their children grew from littles to the amazing adults they are today. All of the five children will own stakes in the land and will participate in some of the decisions but Debbie says those who have come back to live and work on the property will be earning a larger part of the stakes in the farming and ranch operations.

Debbie says communicating, helping each other know what hopes and dreams the rest of the family has is the best path for this farm transition. It’s not easy work, but knowing that all the family wants to see this generation be happy, have a chance to grow and honor the land…. that’s worth the effort it takes.

Of the five children all in their mid- to upper twenties, the three sons (Trent, Eric & Tyler) have all decided to return to the ranch while the two daughters (Meghan and Allie) have found their passions led to other careers. Four of the five have gotten married or engaged and you can see the crowd likes to be together in Eric & CeCe’s prairie wedding photo. It really captures the beauty and happiness of place. 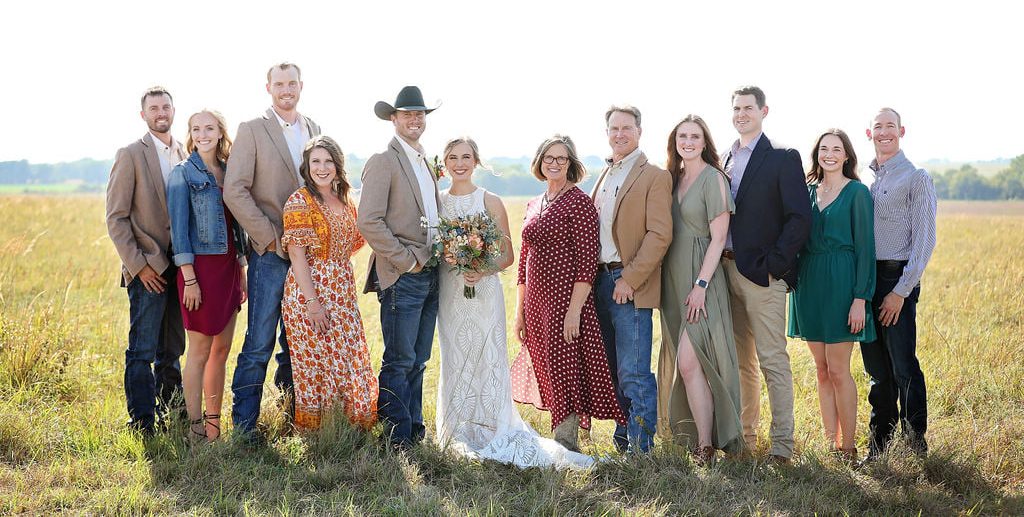 The Blythe family is excited that several of the younger generation are choosing the ranching life. Debbie says balancing that excitement with the fiscal reality that the ranch has been supporting one household for decades and four households is a radical shift. Each of the households have to look for ways to build consistent income as well as to build equity in the ranch. Debbie says right now that means several off-ranch jobs and later may mean building additional businesses because it’s not as simple as buying a lot of land and adding more cattle.

The oldest son Trent was the first to come back to the ranch. He’s putting his degree in wildlife and outdoor enterprise management to use building an outfitter / pheasant hunting business called Level Creek Outfitters. Eric and Tyler moved back to the area more recently and are working full-time off the ranch while working the ranch evenings and weekends. They are also trying to find the right side hustles to help create income for their households.

A Look Around the Blythe Ranch

One of the the pieces I most love in getting to know farmers / ranchers is seeing the land they work. Debbie has done a few live videos and I pulled this one knowing you will enjoy getting to know her and the ranch dog Roo!

So often listeners want to follow the farms/ranches we feature and Debbie like most others is active on social media and Instagram is her favorite channel. You can find her at @KidsCowsandGrass on Instagram and Facebook as Kids Cows & Grass / KS Cattle Ranch. She also has posted a range of content on the KidsCowsandGrass.com website over the years. She’s posted recipes like the best meat seasoning and tips for cooking prime rib, as well as how they train new cow hands on the ranch.