Years ago, I had the amazing chance to visit a good friend and her family on their pig farm in Missouri. Chris & I got to know each other through social media. We had probably talked for a year before we met in person. And ever since we met, I’ve told her I wanted to come visit the farm. We finally created a perfect opportunity and I wrote it up for my personal blog JPlovesLIFE. I’ll share a couple posts about it as we discuss pig farming with German farmer Marcus Holtkötter in our latest episode. We’ll start where most people go with they think of a pig farm… the smell.

Yeah, I know there are several things that people think of when they think of pig farms, but I have to think that the smell is the thing that most frequently comes to mind. It is a stereotype but since we all know stereotypes can be built on some elements of truth, I assume that I’m not the only person who wondered about the smell. 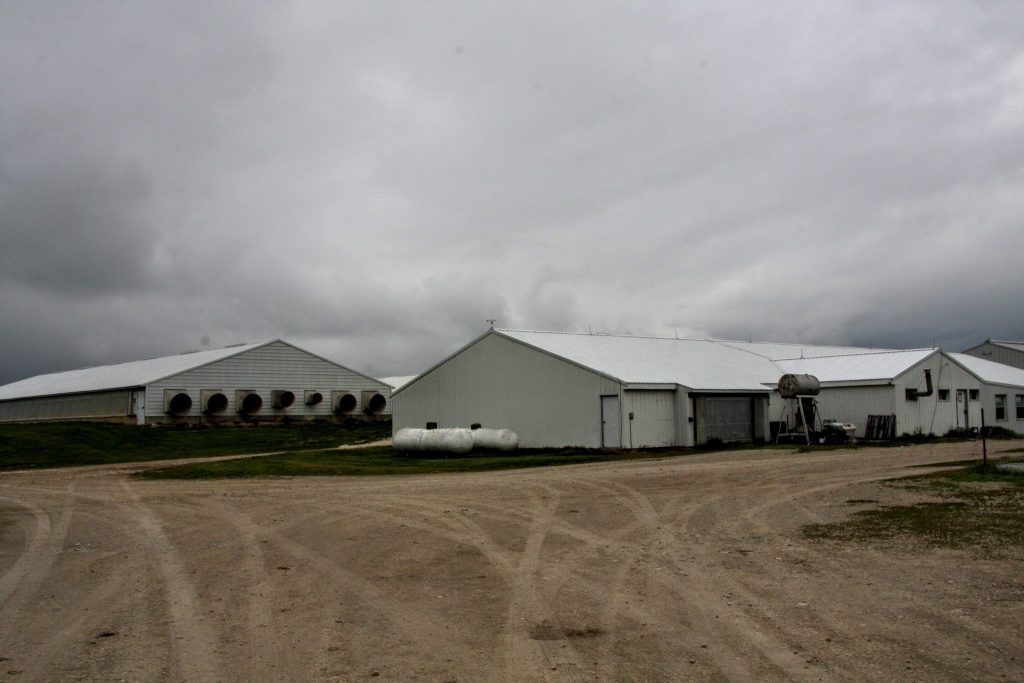 I arrived right around dinner time, and since I missed the drive on the road, Chris came down to meet me. We drove up to the house and I saw the dogs kenneled so they didn’t get to the highway. We walked nearly straight out to the deck on the back of the house where Kevin was working the grill (pork steaks were on). And their son Conner who was probably 10 at the time was busy being all boy.

We were having a great time just catching up, and getting to know kids when I realized the pig barns were just up the hill…. not at all what I expected as I hadn’t smelled a thing!

Later that night, Chris and I went with Conner as he got the chickens back in their coop. It was probably more than halfway up to the barns and no joke, I still didn’t smell them. They seemed pretty close too. And I’m not going to lie… I worry about smells… I’m that person who can immediately feel sick based on a bad smell. I figured morning chores and my tour would be the rude awakening I had always heard of and that I prepared for by bringing a change of clothes.

We did all the feeding rounds for cattle, etc. and then Chris and I went to tour the hog barns. As we went in, I can’t lie, there was a smell that made it clear animals were here. I decided to keep my inhaler with me just in case it got to be a strong smell — that’s a lesson I’ve learned by having reactions to some things.

We wore boots decided to the barns…. walked across mats with cleaner on them, and Chris let me know more about what could be touched (rare).

We went on in and I soon was standing in a barn full of sows and piglets — they call it the farrowing barn or maternity barn. I was amazed by how clean it was and how little it smelled. Sure, I know there must be times when the smell is much stronger, when they are cleaning barns, when they are spreading manure on the fields, etc. but wow. I was really surprised. 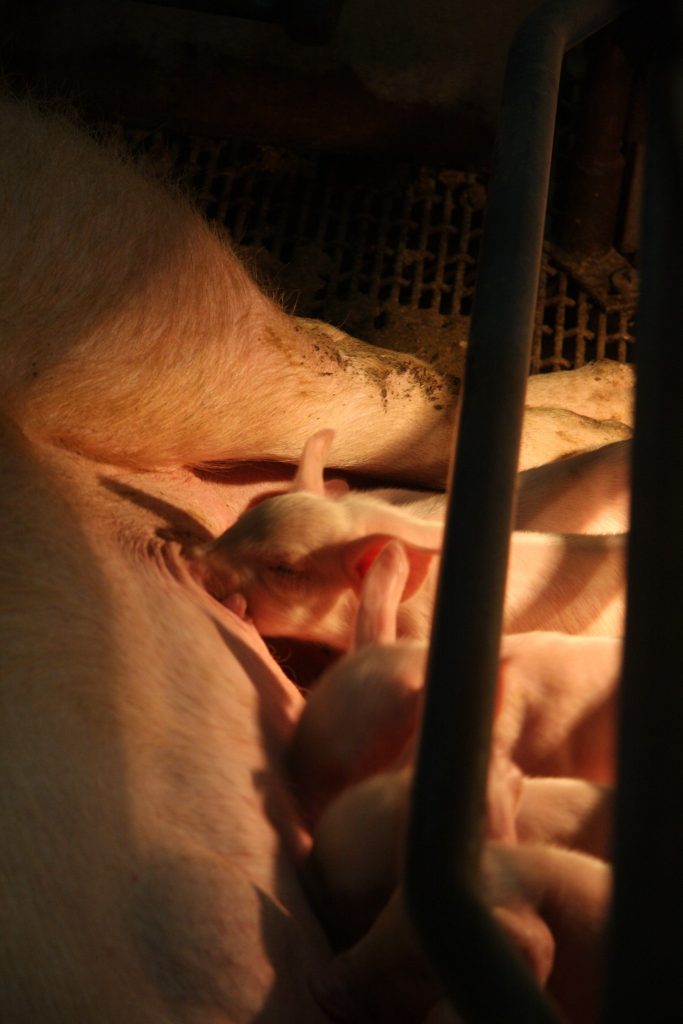 We paused for a bit in the hallway between rooms and Chris let me know the barn for farrowing was dark and quiet.  It’s where the sows have babies, spend their time recuperating, and spend time feeding the piglets. The darkness helps in keeping the calm and heat lamps and climate control keep them all warm. 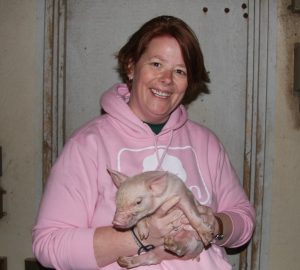 One litter was new and getting all cleaned up so I had the chance to hold a piglet for a minute. Their hooves had something on them much like my gel pens do! I didn’t expect that. But it makes sense…. hard hooves would be pretty hard on the sow!

We also went into some of the other barns and as we discuss in the interview with pig farmer Marcus Holtkötter, the pigs in those barns recognized Chris and Conner. They didn’t know me and had to talk all about it! That barn got pretty loud. Those barns had a lot more natural light too!